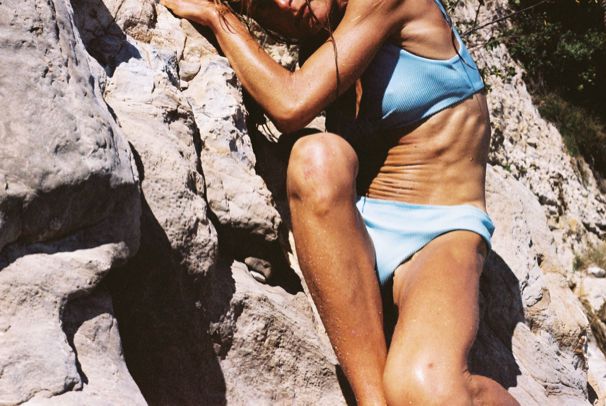 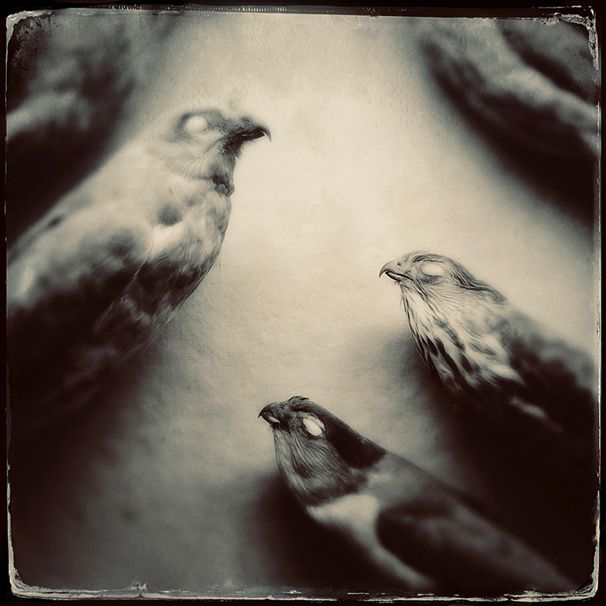 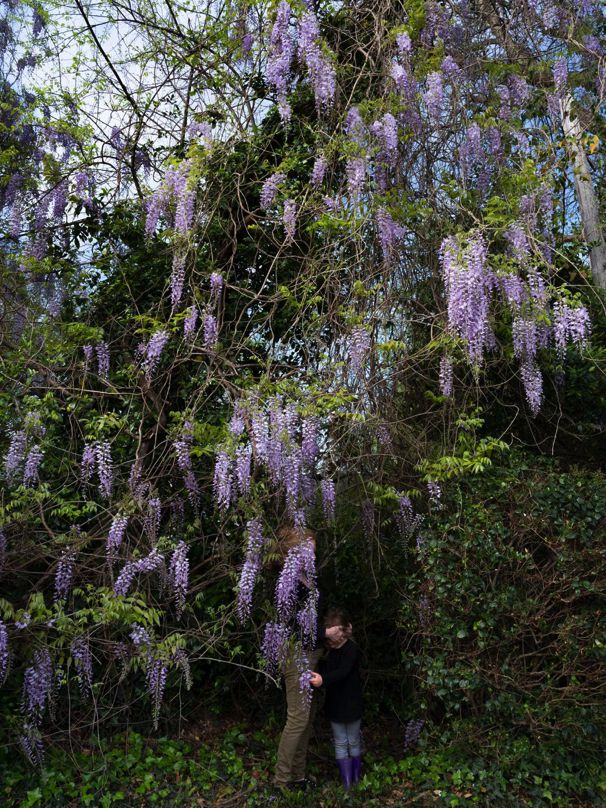 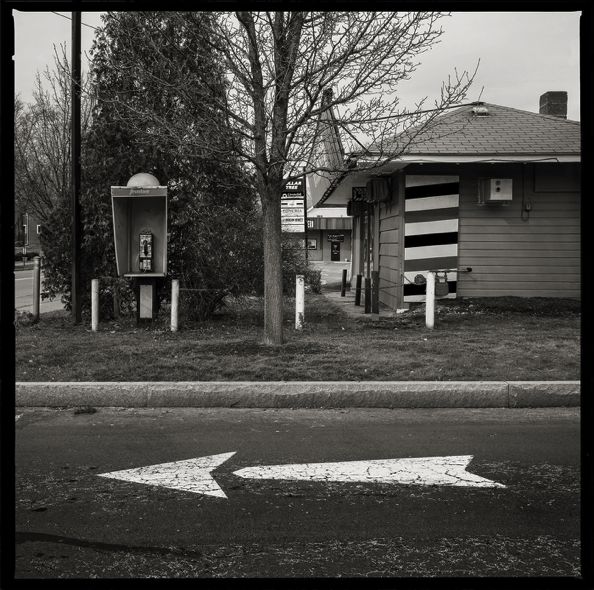 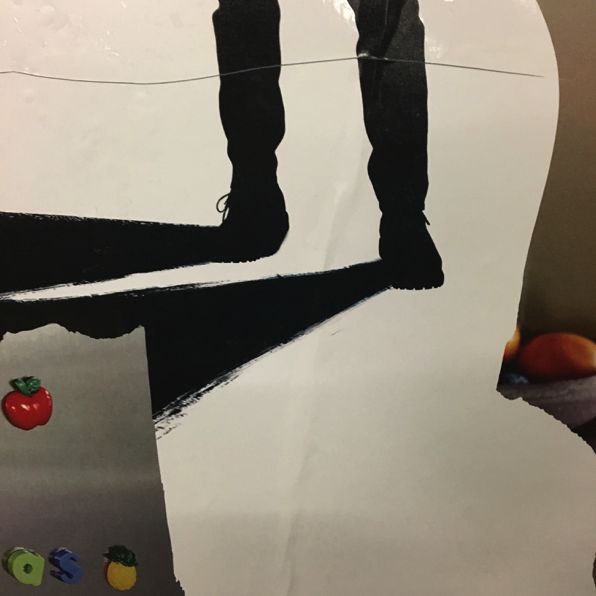 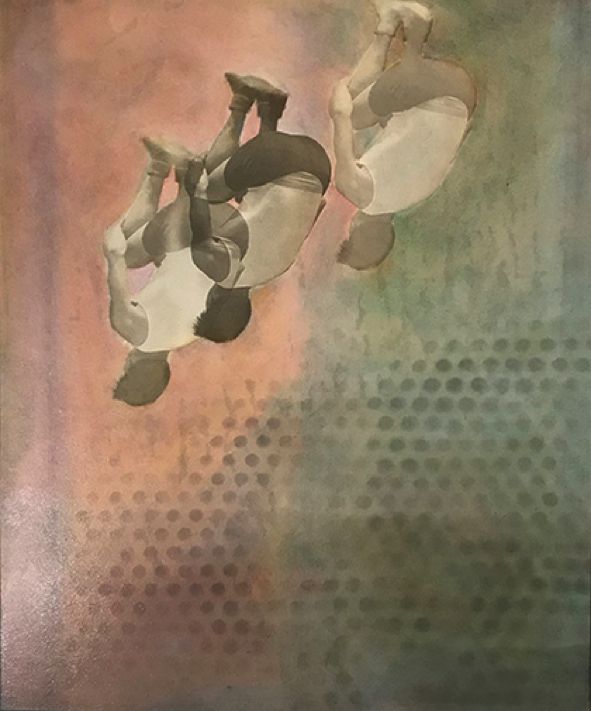 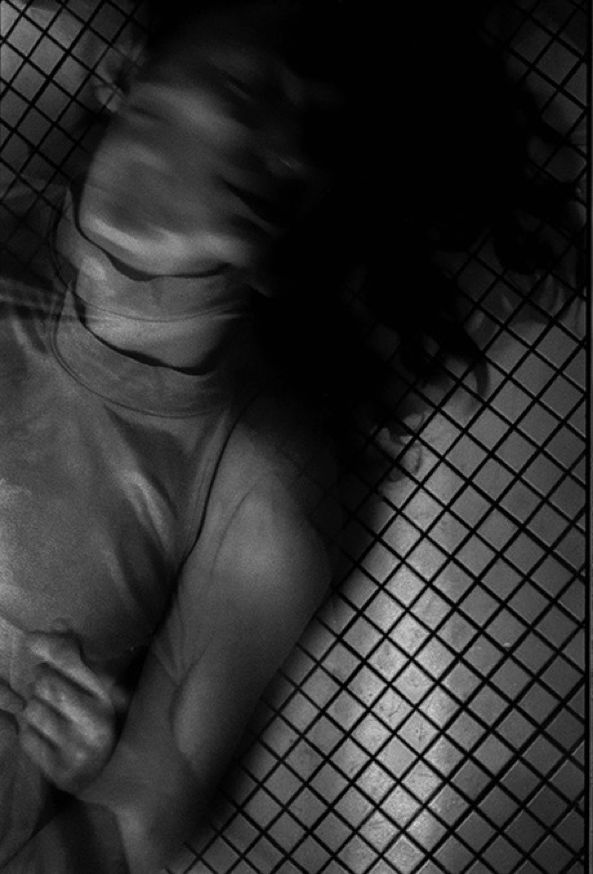 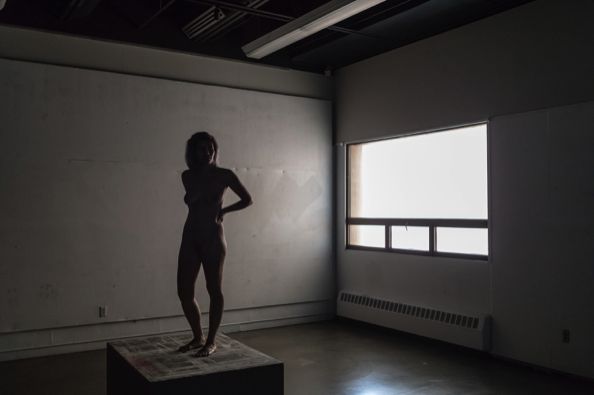 NOTHING COMES FROM NOTHING

"Nothing comes from Nothing" is a reimagining of past stories discovered in Super 8mm films and found photographs. Her interest lies in the investigation of the relationships between the passage of time, memory, repetition and loss, including reappearance and forgetting. The imagery is a diverse collection of composites, recreating layers and fragments of the past similar to the way memory is created, stored and recalled. She is searching for the balance between truth and fiction and seeking to reconcile that uncertainty.

When choosing images for her work, she imagines that she is the camera, and her mind selects the images just as if she was taking the photos with a camera - the exposure, the subject, the composition, all are considered and adjusted. She utilizes references to identity, a sense of place, and history to explore themes of humanity, loss, and lonliness. Water and nature appear in much of her work as reference to the cycle of life and the infinite power of renewal.

The title of this series is referred to in many literary sources - The Bible, Shakespeare, Classic philosophy, theatre, film, and music. These varied references include the idea that existence is infinite succession of moments, and even with no change, there is temporal change. She is keenly interested in the altering of memory over time, and the subsequent narrative that speaks hauntingly to the present.

In the protracted historical course of hysteria - a disease akin to the wast basket of medicine - there lives a vexing intersection between Freud's era of the hysterics and the ever-present stigmatization of women with disabilities being hapharzardly deemed as deranged or broken. This collection emanated its research and critique from the original albumen and lithographic images by Paul Régnard from the Salpetriére Hospital in Paris, France in the late 1880's. "Profane Illumination" is a visual homage to the incarcerated female patients who were labeled as hysterical for past sexual trauma, chronic illness, and epilepsy. Through the vessel of self-portraiture, these photographs redact th sanctioning authority stemming from the voyeuristic and fetishistic masculine gaze and instead attempt to reclaim the intersection between illness and femininity.

The aim for this series was to create a visual relationship to a historically fractured medical system that has commodified exualized illness among women. The corporeal body acts as the medium and the material, subverting Andreé Breton's concept that the hysterical emale form is akin to and "exquisite cadaver". Photographically, the double exposures evoke clonic and tonic epileptic mothions that were noted from the Salpetriére . This collection consciously converges the poses from Régnard's portraits of the imprisoned female patients with a personal performance-for-camera centered around convulsive and violent dysmenorrhea. "Profane Illumination" is a rejection to the fetishization of women as medical muses and is an encouragement for dabled women to 'take up space' in an ableist environment. 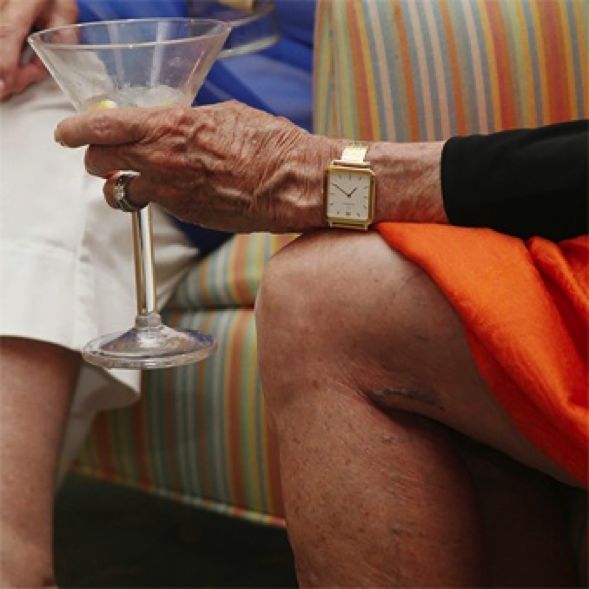 I HEAR WITH MY EYES

She felt isolated as a kid. She's always assumed that it was because of the profound hearing loss she developed as a result of continuous ear infections and susequent surgeries. Not being able to hear made her feel left out - of the conversation, of the gossip, of the joke. To make sense of her silenced world, she tried to find ways to compensate while proving to herself that she belonged. Visual cues provided that bridge. Lip reading, body language, gestures, the clothes people wore and the objects with which they surrounded themselves were like pieces of a puzzle. She continues to rely on these cues to help make sense of the world from which she came and of which she is still a part.

While her state-of-the-art hearing aids capture sound, she still relies heavily on the visual world for clarification and direction. This body of work encompasses the various visual cues that, like totems, certify her sense of belonging. Whether it is a father and son walking together or people playing cards, she feels connected by these components, using them as signposts to point her in the direction of self in concert with the world in which she finds herself. 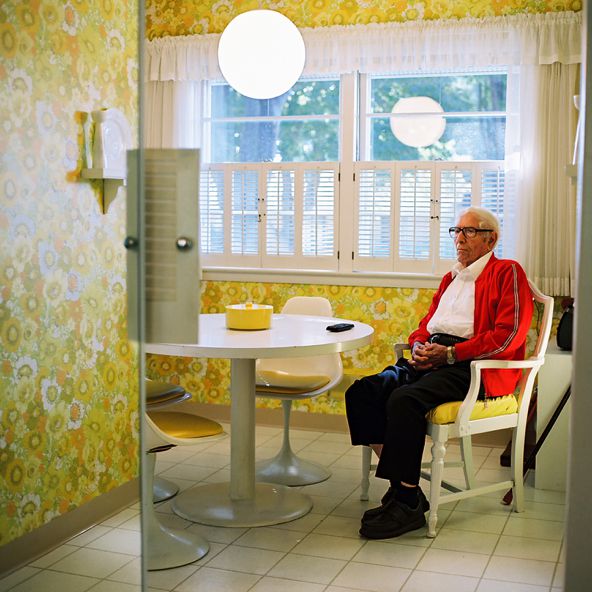 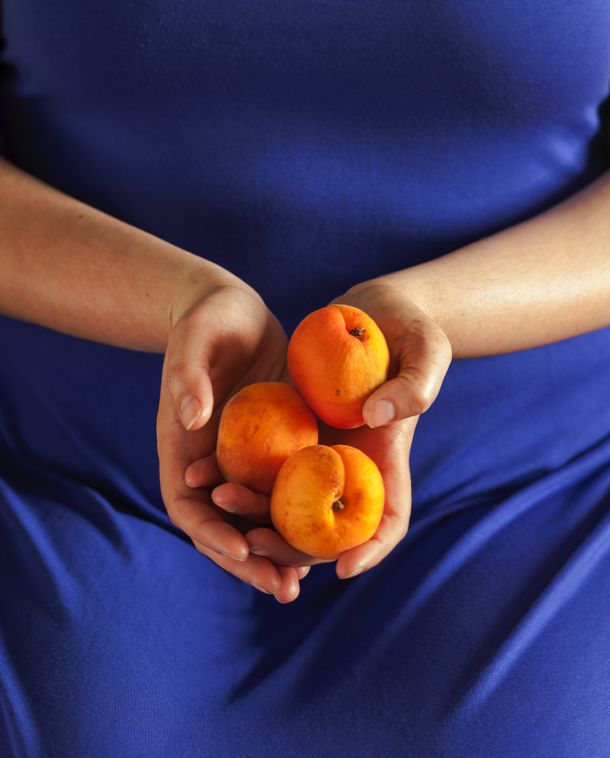 The world moves and she is still. Deafening silence fills the room as she fixates on ceiling tiles. An ultrasound technician to her right fumbles with how to break the news. For the next several days, she goes through the motions forcing herself to eat and sleep along the way. Friends and family send their condolences, share their experiences, attempt to console her. She feels everything and nothing all at once. A time of conflicting emotions, she tries to make sense of it all.

"In Silence" is a series of photographs that visualizes loss and the looming emotions following such an experience. As she heals, both physically and mentally, she has turned to her camera to construct and document the moments, objects, and feelings that connect me to my loss. The resulting images serve as artifacts, creating a visual archive of her experience and the accompanied complex emotions that cannot be articulated through words alone.

In 2017, when Kunsman was relocating his studio to a different part of Rochester, NY he started getting many comments like, "the area you're moving to is a war zone", or "this area is different", and his favorite was "this area is unique". A few of these individuals were even photojournalists that are supposed to be the ones with open eyes and willing to tell all stories.

It was at this point he started looking around his new neighborhood and started to notice some social indicators that people felt indicated the environment being one of trouble. However, one of these indicators was not an indication of problems, but rather a lifeline that many people have forgotten. To Kunsman, the payphones became an indication or social marker for the areas he would visit. They do not serve as a marker for crime as many individuals see them.

For instance, the politicians in Detroit, Michigan had all the payphones removed because they felt they were only being used for criminal reasons. These individuals in power decided to remove the payphones without conducting a study or surveying the individuals using the payphones. After all, everyone should have a mobile phone at this point so if someone is using the payphone it must be for criminal aspects. This is a notion of a politician with no real understanding, but making a decision that affects a different economic class by merely the perceived connotation.

This perception that Kunsman was witnessing first-hand is what drove him to start to educate himself on what was leading these individuals to have their perceived ideas of a place they never entered previously. He began to look at census maps and overlay them with maps of the payphone locations. What became apparent to him was the direct correlations between the poverty level and location of the payphones. Rochester, NY is one of the poorest cities in the United States where many average family incomes are lower than $20,000 a year in the areas with the highest concentrations of payphones. In fact, the Democrat & Chronicle ran a story about the dying payphones in Rochester, NY and how they are a lifeline for many individuals in these communities. The 1,014 payphones in the Rochester area are being used on average once every four days.

Frontier Communications has chosen to leave the payphones in the areas where they are most heavily needed. This choice was not the typical "Corporate America" decision which is admittedly not based on profits. The payphone use cannot be a profit center for the corporation, but instead one of community service. This decision by those in power is not often one taken today and is the genesis of "Felicific Calculus". The very connotation of "Felicific Calculus" is calculating the degree or amount of pleasure that a specific action is likely to cause.

Now, if you look at the crime map, of course, there are pockets of crime in the poorest of neighborhoods, but the correlation of payphones and the crime map are just a perception. For instance, the area where Kunsman's studio was located previously, the Neighborhood of the Arts, most individuals feel it is very safe there. This must be because there are no payphones. However, the crime in this neighborhood is five times worse than the location he is in now. He can attest first-hand to the number of times his old studio or car had been broken into. However, the social markers of art, beautiful front yards, storefronts, and restaurants make people feel as if the area is a better area. These social markers are indicative of the family average income being $30-50,000 per year.

The crime map shows a higher rate of crime in the Neighborhood of the Arts as compared to the Josepha neighborhood where Kunsman's studio is now located. Unfortunately, the social markers give individuals a false sense of personal importance to the area with the arts scene.

"Within the Bittersweet" is a series of photographs made as Allison Grant raises her children in and around their West Alabama home. This region has magnificent natural beauty and serene communities filled with lush gardens. Like many places, it is also interlaced with sites that emit toxic industrial pollution, which has a particularly acute impact on developing children. Climate change, too, is a looming threat to the health and wellbeing of all people, and particularly children who will navigate intensified environmental crises during their lifetime.

Considering the possibility of visually representing the often hidden, yet entwined threats of toxic chemical pollution and climate change, Grant's work draws on the depths of human connection found in familial bonds and the vulnerability of the human body to environmental contamination. The photographs ruminate on the brief, bittersweet period of parenthood spent with young children — and also the splendor of a life lived on a wonderous planet that pivots ever closer to environmental collapse. 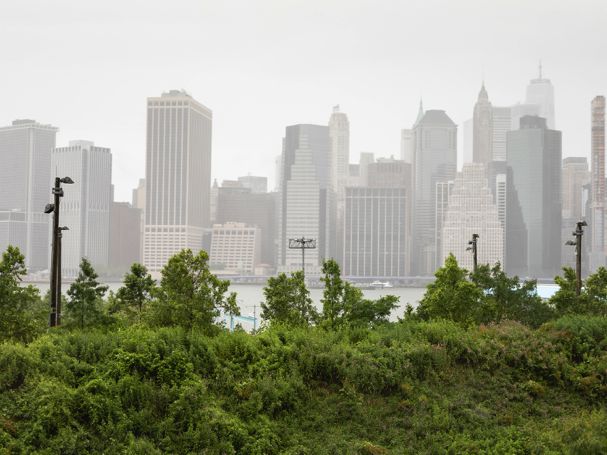 "Trees and Concrete" is an ongoing series that examines the intricacy of urban landscape in Brooklyn, New York - a borough recognized for its development. As a Brooklyn expat, it is through Fish's personal connection to the land combined with her physical geographic distance that she is able to recognize its continuous growth and transformation every time she returns. The calm naturalistic quiet of her photos is an illusion, no different than the illusion of stabilty within the landscape.

Many neighborhoods or parks were constructed from landfills that created a connection of the space between the small marsh islands along the coastline of the borough. It is through this artificial land that allowed for the city to create a larger footprint. At times, changes within the physical landscape occur at speeds that tend to be hard for individuals to recognize. This merely creates an appearance of stability. Vast changes happen rapidly; consequences from Hurricane Sandy, urban expansion, the removal of buildings or trees, the clearing of lots, redeveloped greenspaces - all are occurrances that turn the land and its usage into something else.

A hybridity is left within the landscape; a part man-made, part natural ecosystem comprised of forest, sea-level meadows, salt marsh, fresh ponds, beaches, dunes. All are a vital part to the ecology of the region, however in danger due to high risk flood zones and climate change. As the future of this urban landscape remains uncertain, Fish intends to continue exploring and documenting this complex transformation of the land.

Randall Tosh's work deals with the uncanny — those instances in which the world is rendered both familiar and strange. There are many places where the uncanny lives, and of those we can encounter of our own volition, natural history museums rank large. They are places where wonder and cruelty co-exist, the one informing the other, and where creatures are presented in the half-life of taxidermy. In this series, Unnatural History, Randall is equating the experience of confronting with the natural world as part of an initiation right into an ancient mystery cult.